Recovering Our Senses in the Twenty-First Century
By Philip Shepherd

“New Self, New World is an extraordinary work - a awesome display of wisdom distilled from the world's great wisdom traditions and the majestic individuals who have experienced them. This book is about achieving the highest dimensions of which humans are capable. Highly recommended."

—Larry Dossey, MD, Author of Healing Beyond the Body 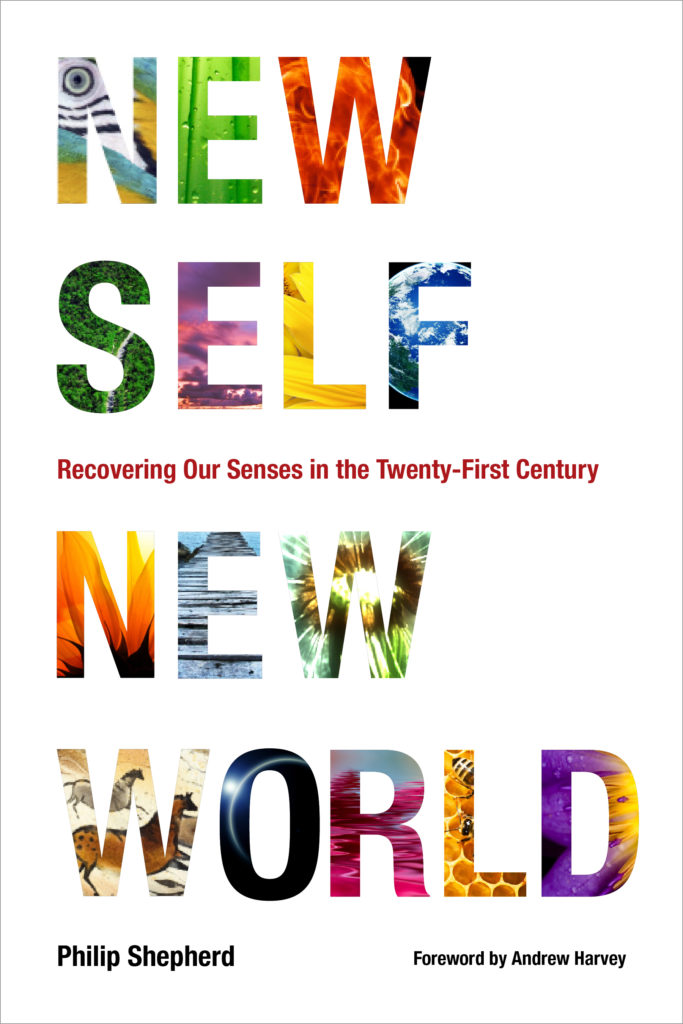 We suffer from a mistaken identity. Individually and collectively we accept the idea that it’s normal for people to live in their heads. This error is at the root of the crises faced by the 21st century, because it keeps us in a divided state, regardless of how much self-help we have done. It divides us from the body’s intelligence, and from the world’s harmony. Fundamental as it is, this identity dominates all we do. It’s the elephant in the room – and it’s time for a conversation about it. New Self, New World initiates that conversation, and then goes further. The book first reveals how over six thousand years our culture has grown into a profoundly male bias that disregards being and obsesses over control. Demonstrating how that bias keeps us in our heads, it then offers a set of principles to help us back to our true identity, outlining a process that is practical rather than abstract.

The book lays out an inward and physical journey that brings us back to our senses, awakened to the world around us. The premise behind that journey is that the healing of our culture will happen one person at a time. By helping us renew the relationship with ourselves, this book helps us renew our relationship with the world.

While this book is available for sale on Amazon, we highly encourage you to request to buy New Self, New World through your local, independent bookstore. Support local!

Get a free chapter
Buy on Amazon
Listen on Audible

“One of the most important books of the last fifty years.”

—Andrew Harvey, scholar, mystic, author of Son of Man and The Hope 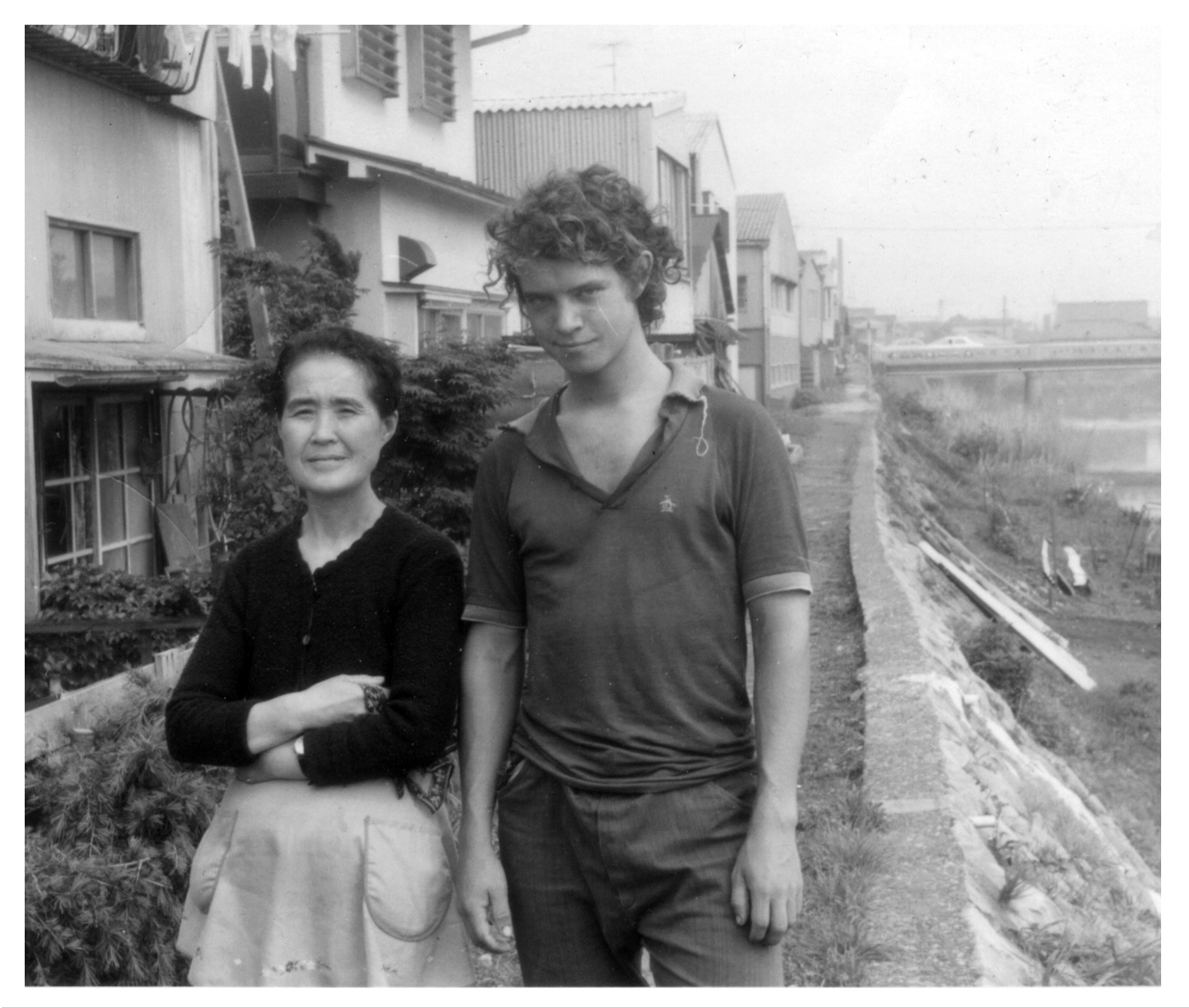 When I search my memory for the origin or starting point of New Self, New World, it’s not sure where to land. Logic takes me back to a villa in the Tuscan countryside, where I was on a family getaway in 2001 – and where, at 6:30 one morning, I was catapulted from my slumber into as wide awake a state of being as I have ever experienced, with the first line of the book fully formed and burning within me.  And that’s when I began writing, as though the necessity of it had me by the jugular.

But memory also takes me back to Tokyo in 1973.  I’d been studying classical Japanese Noh theatre for months, reading about it, watching it, seeking to so deeply imbue myself with it that I might emerge with a personal clarity regarding the deep mystery that empowered its every gesture, step and note of music.  In seeking to forge that clarity I was writing obsessively – writing what I thought was to be a book.  Despite the passion that drove me, I was as a twenty-year-old at the limits of my experience, unable to sink into the depths that summoned me.  The book was left unfinished – until the day twenty-eight years later when I was finally ready for it, and it awoke me from my slumber.

Memory also tugs me back to the moment as a fourteen-year-old when I discovered the singular power latent in the act of writing.  Trying to sort out a personal issue, I sat down with a pencil and a blank sheet of paper, and started writing – and discovered that I could lay my thoughts down, and test them and question them until I had written myself into a new state of clarity.  The discovery was monumental, like opening a door into a vast realm of possibility and personal agency.

Memory also tugs me back to the moment as a fourteen-year-old when I discovered the singular power latent in the act of writing.  Trying to sort out a personal issue, I sat down with a pencil and a blank sheet of paper, and started writing – and discovered that I could lay my thoughts down, and test them and question them until I had written myself into a new state of clarity.  The discovery was monumental, like opening a door into a vast realm of possibility and personal agency.

But then memory draws me back a decade earlier than that, to a day when I was four years old, prodding an electric outlet with a bobby pin.  Naturally, I received a terrible burn.  Yet, as my mother tells the story, half an hour later I was back at the same outlet with the bobby pin, prodding.  And in that childlike folly, too, I see the origins of New Self, New World – prodding a dark mystery, a dangerous truth, determined to understand it whatever the personal cost.

When I officially started writing New Self, New World in Italy in 2001, it was called The Way of the Actor. I had experienced a collision within my soul between the guiding principles of Eastern and Western theatre, and it proved enormously fruitful.  The lessons an actor learns, whatever their apparent intention, are all just different ways of learning to be present – and every one of those lessons has as much relevance off the stage as on. But East and West approach that central challenge of being present from very different directions – and in the inner collision of contending principles I experienced, I slowly forged a range of unique practices. I started offering them in the late ‘eighties as a weekend workshop also called The Way of the Actor.  Teaching the workshop accelerated a certain learning curve for me, and many of the practices found their way into New Self, New World.  As I worked on the book, though, I came to realize that most of its content wasn’t either useful or probably of interest to actors – so I let go of that concern, and directed my attentions to the deeper challenges of presence, and the ways in which our cultural assumptions confound our efforts to find it. 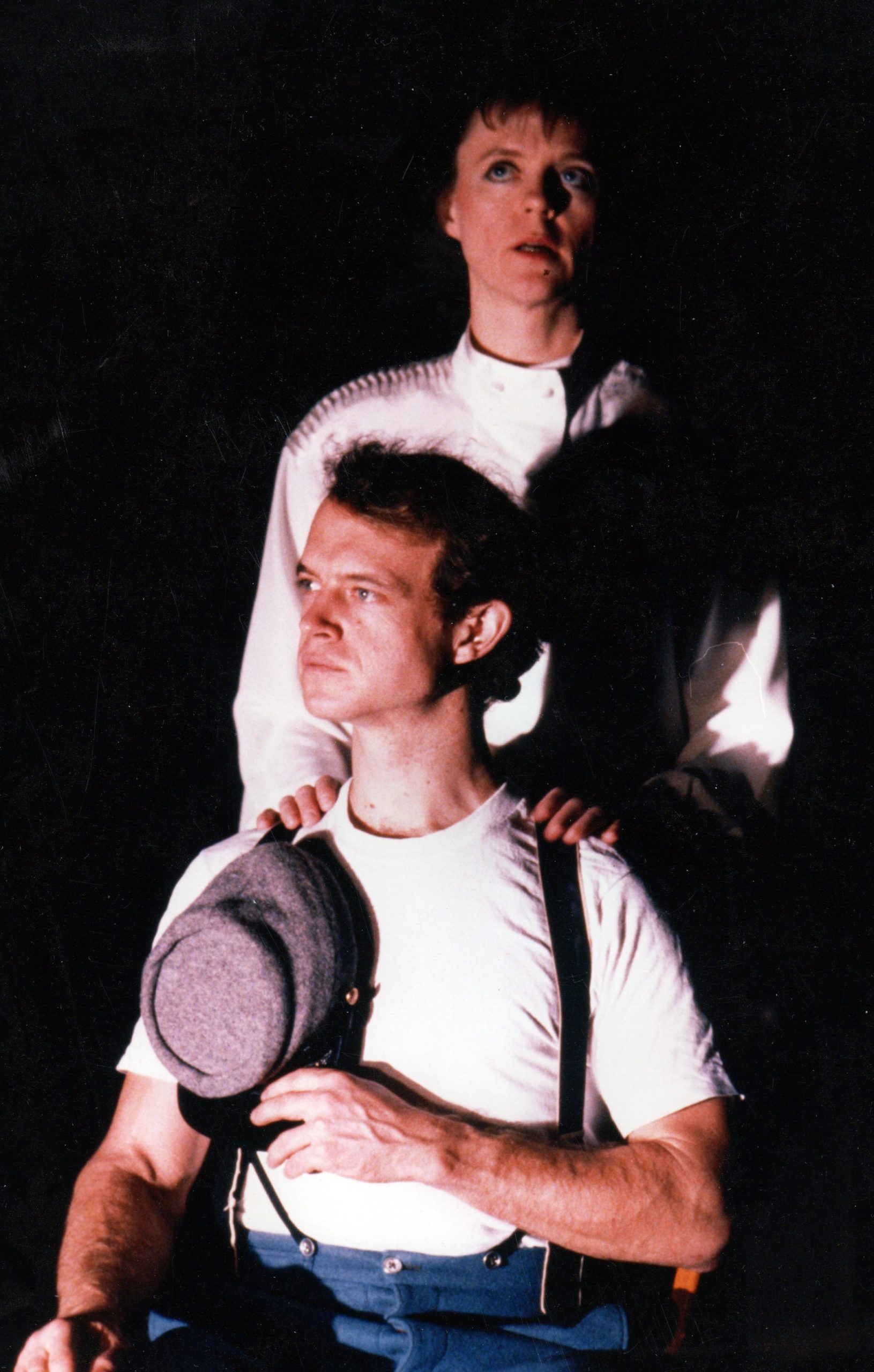 I’ve likened the task of writing New Self, New World to the challenge of crossing a wide river.  I rewrote the book from scratch four times – and each version was like a rock that I placed as far as I could reach into the river.  I could then stand on that rock and place the next version as far as I could reach – and then the next, until I eventually arrived on the other side.  People have commended me for my persistence over the ten years it took to complete the book, never faltering – but it wasn’t like that at all.  It was a soul agony not to be working on it.  The book carried me forward as much as I carried it. And for that I am ever grateful.

Praise for New Self, New World

"Shepherd has written a masterpiece. New Self, New World calls us back to source, artfully reminding us of the divine magnificence that we have long forgotten in our disembodied culture. As I read it, I felt my shoulders drop as my heart became more available to the moment. Read this book, and remember your self."

"… the rich and mind-opening ideas presented [in New Self, New World] deserve full understanding, and more so, to be fully experienced. At its core, this book is a cultural discourse about reconnecting to the wholeness of being human: to integrate the innate intelligence of the body into a functioning paradigm of human experience and evolution. … To my mind, not since Ken Wilber introduced the Western world to the integral movement of East-West psycho-spirituality, has there been a catalyst for a paradigm shift that is so relevant and radically reinventive."

"Shepherd demonstrates how we come into our true humanity only when we unite with our core—the deep, innate intelligence of the body. Our consciousness is not centered in the head any more than the universe is centered around the earth… At once a spiritual handbook, a philosophical primer and a roaming inquiry into human history, New Self, New World cracks open the possibilities of human experience and, with clarity, inspiration and compassion, lays the groundwork for personal renewal."